Siphonic vs Washdown Toilet – A Comparison

When you are not familiar with how a toilet works, it is fair that you think all toilets flush the same way. But the fact is, they don’t. Not to the Americans and Europeans at least, and they don’t see eye to eye in the way a toilet flushes.

Though toilet flushing is no rocket science, it has seen some major changes in recent years. Changes that allow toilets to use a lot less water and at a higher efficiency in disposing of waste.

But one thing hasn’t changed. That is, water is still being used as a medium to clear waste. And that’s because it is still the best and the cheapest means.

No Rocket But Still Science

A toilet flush works by using the force of rushing water to push waste out to the septic system.

So it’s a matter of how to recreate this fluid energy with the least amount of water. And manipulate it for the highest efficiency in waste clearing. And all this will not happen without taking a different perspective in toilet design.

But whatever design may be, the modern World still uses the 2 most common toilet flushing systems. They are the siphonic and washdown flushing system.

What are Siphonic Toilets?

Typically, siphonic toilets will have a long and narrow reverse ‘P’ or ‘S’ shape trapway. With one end as the inlet in the bowl, and the other connected to the drain pipe underneath the bowl.

This trapway design is intentionally meant to create a siphon. And that’s exactly how a siphonic toilet will work.

How Does A Toilet Siphon Works?

A flush begins with pulling the lever or pushing a flush button. Then the flush valve opens letting the tank water flows through into the bowl.

In the case of a siphonic toilet, typically you will see the water in the bowl rises and then subside rapidly into the bowl outlet. What happens is, the water is flowing out faster from the tank than it tries to exit the bowl. This is usually due to a larger flush valve diameter than the trapway.

As water exits through the trapway, it displaces the air inside to form a vacuum. Then when it flows over the kink (or weir) in the trapway, that’s when the siphon begins. You can tell from the water in the bowl that a siphon action has started when it stops rising and begin to subside rapidly.

The siphon, at its optimum state, is so strong, heavy solid wastes get sucked out with the water. You may see a swirl with some siphonic toilets, but the working principle is the same.

Towards the end of the flush, you can hear a gurgling sound, that’s when the vacuum is broken and stop the siphon. The bowl is filled with the remnant water and the refill in the tank begins. All ready for the next flush.

As you can see, the siphon is central to a siphonic toilet. In the past, before the US Energy Policy Act of 1992 (EPAct) kicks in, siphonic toilets use 3.5 gallons of water per flush.

So how does a drastic reduction of flush volume can improve the efficiency of a flush toilet?

With only 1.6 gallons of water to play with, you just have to do things differently. From the valve opening right down to the trapway design, everything has to change and improve.

There’s a whole lot of focus on details with the small water volume in mind. So the coordination of the various toilet parts has to be precise. In particular, the flushing and bowl design needs to work on to get more done with much less water.

And competition for market shares is also key drivers for greater innovation. The result is a highly efficient flush toilet we see today. This is evident with the host of fancy names given to toilet flushing systems. Like Vormax, Double Cyclone, G-Max, AquaPiston…etc.

Even the bowl and trapway are not spared either. The new toilets will have bowls and trapways fully glazed for smoother water flow and to prevent stains. And you may have heard of EverClean Surface or the CeFIONtect Finish. They are proprietary glazes developed by American Standard and TOTO respectively and deemed as better than the conventional glaze.

So, if you are still using the old 3.5 gpf toilet, this is the time for a change. And it won’t cost you an arm or a leg to make that switch. You get a better performing toilet that saves water and money.

It’s easy to identify a siphonic flush toilet. From the appearance, the S-shape trapway is clearly visible. But if the toilet is of a skirted design or having its trapway concealed, you can look at the water level in the bowl. A siphonic toilet typically has a water spot high above the bowl outlet and measure about 7″ x 8″ or bigger in surface area.

This water in the bowl is to seal off the noxious gases in the sewer pipe and also to minimize stubborn waste from sticking on the bowl surface. Also, you will experience less odor emitted by the waste during evacuation as they are submerged in the water.

The glazed surface of the bowl also plays a big part in ensuring nothing stays in the bowl during a flush.

However, siphonic toilets are prone to clog because of its narrow and winding trapway. So, having a plunger next to one is a common sight in most American bathrooms. Despite that, they are the power flush toilets that are preferred by Americans.

Another drawback of siphonic toilets is, the bowl base is generally longer to accommodate the trapway. If you are a little short of legroom, you will be limited to those compact size toilets. But you can still find some siphonic models out there that are as short as 24 inches front to back.

What Are Washdown Toilets?

Washdown toilets or European toilets are seldom seen in American homes. You will understand why as you read further.

The way it works is simple. It uses the weight and gravitational flow of water from the tank to flush-out waste from the toilet bowl. It can’t create the siphon action.

In other words, wastes are pushed out by the sheer pressure of water gushing out from the tank. Its short and wide trapway allows for waste and water to exit the bowl easily.

The trapway diameter of a washdown toilet is easily twice the size of the siphonic model. Normally around 4 inches wide and much shorter. And due to its super-short trapway (see image above), the weir is at a lower level. Therefore, the water level can never be above the outlet rim in the bowl. As a result, you get a small water surface area.

The washdown toilets are relatively clog-free because of its short and wide trapway.

And the main reason why the washdown toilet can’t have a large water volume in the bowl is that the content needs to be light to get push over easily. So, if you have a heavy session some of the water will be displaced, leaving a lean mass of waste to be flushed away by the rushing water from the tank.

Most of the washdown toilets come with a push-button dual flushing system. It has 2 flushing capacity, a full flush and a half or partial flush. The half flush is usually 1.0 gpf or lower and useful when you only need to clear liquid waste. The full flush is, of course, meant for removing solid waste.

Here’s Why Americans Are Not Ready For The Washdown

Perhaps we never will.

Washdown toilets may have the advantage of being clog-free, they are not great at bowl cleansing. And bowl streaking is a problem because of the small water spot, which causes skid marks to form easily.

Odor is also a problem with the washdown toilet especially on heavy load. As the wastes are not fully submerged in water, odor can instantly fill the air. So your bathroom or restroom needs to be well ventilated and having an exhaust fan is a good way to keep the toilet fresh.

Another shortcoming is the need to flush twice on a heavy session. Not that it can’t clear solid waste efficiently, it’s the waste smears on the bowl surface that are the problem. Often you will need to pull a second or third flush to get a clean bowl, hopefully. Having a brush handy is almost not an option.

But having said that, some reputable European brands have the bowl surface glazed with a layer of hydrophilic coat. That effectively solved much of the stubborn waste smear issue.

And most of all, Americans hate a noisy flush. Gushing water can never be quiet. It’s embarrassing to hear toilet flushes with guests in the house, especially at the dining table.

They are shorter in length (front to back) obviously. The modern washdown toilet uses push-button flush instead of a trip lever, and they are usually dual flush. But that’s not necessarily always the case. There are models that are still using the trip lever, even for dual flush toilets.

The trapway is designed to be wide and short so waste can easily get push over the weir and straight into the drain pipe. And because of this, the water level is just at the brim of the bowl outlet. Hence, the water surface area is just as big as the bowl outlet (typically about 4″ x 5″).

Regardless of toilet types and design varieties, these are the 2 toilet flushing systems the world is using. Both have their merits and flaws, you will need to weight them out and decide which one can best serve your needs.

End of the day, it all voice down to personal preference. Especially for a toilet, you can’t get more personal than that. 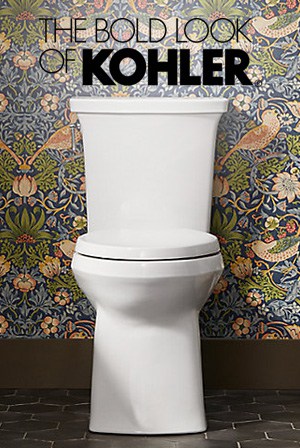 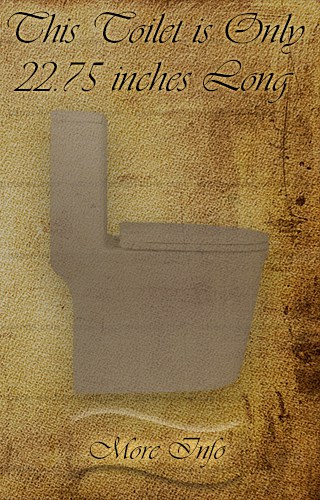 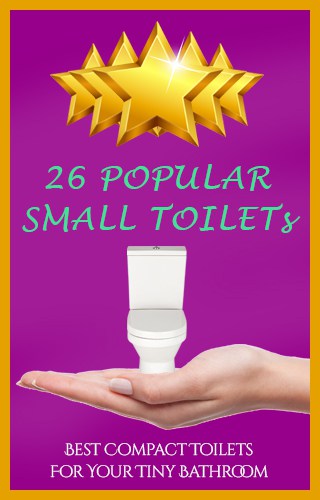 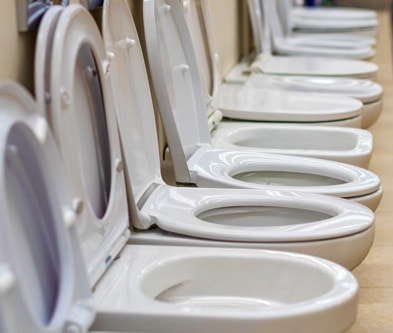 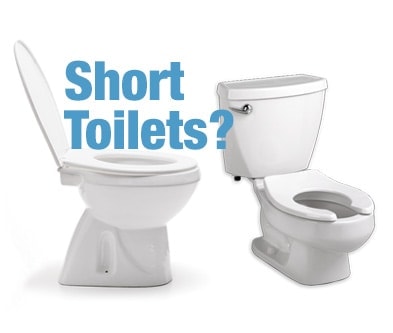 What Are Short Toilets? – A Good-to-Know Clarification

4 Easy Steps on How to Replace a Toilet Flush Valve